The event of Christmas yesterday brought me many exciting new books (or the money to buy these new books). Here's some of the paranormals I scored: 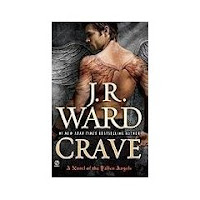 Seven deadly sins. Seven souls that must be saved. One more no-holds- barred battle between a fallen angel with a hardened heart and a demon with everything to lose.

Isaac Rothe is a black ops soldier with a dark past and a grim future. The target of an assassin, he finds himself behind bars, his fate in the hands of his gorgeous public defender Grier Childe. His hot attraction to her can only lead to trouble-and that's before Jim Heron tells him his soul is in danger. Caught up in a wicked game with the demon who shadows Jim, Isaac must decide whether the soldier in him can believe that true love is the ultimate weapon against evil.

In Other Worlds by Sherrilyn Kenyon

This is the anthology that compiles all of the short stories Sherrilyn Kenyon wrote for Berkley.

Then one evening the unnaturally seductive Sebastian appears. He claims to hold the key to solving the tapestry's mysteries... He also claims to be a dragon slayer trapped between two worlds.

For Channon there's only one way to finally uncover the secrets of the intricate embroidery-by following this stranger into a fantastic alternate world of magic, danger, and adventure.

Fire & Ice The League story with Adron (son of Nykyrian and Kiara). Adron Quiakides was the fiercest of the League Assassins. As his father before him, none could touch him until the day he traded himself for a pregnant hostage.

Butchered and left for dead, he barely survived. That single act of kindness cost him everything and left him emotionally and physically crippled.

No Mercy by Sherrilyn Kenyon

Live fast, fight hard and if you have to die then take as many of your enemies with you as you can. That is the Amazon credo and it was one Samia lived and died by. Now in contemporary New Orleans, the immortal Amazon warrior is about to learn that there’s a worse evil coming to slaughter mankind than she’s ever faced before.

Shapeshifter Dev Peltier has stood guard at the front of Sanctuary for almost two hundred years and in that time, he’s seen it all. Or so he thought. Now their enemies have discovered a new source of power- one that makes a mockery of anything faced to date.

The war is on and Dev and Sam are guarding ground zero. But in order to win, they will have to break the most cardinal of all rules and pray it doesn’t unravel the universe as we know it. 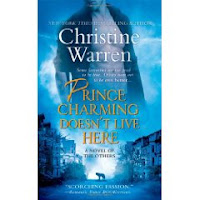 Danice Carter is not one for glass slippers. A stilettos-wearing lawyer at one of Manhattan’s most elite establishments, Danice has a very strong grip on reality. So when she’s asked by one the firm’s founding partners to take on a personal case, Danice knows she’s in for the opportunity of a lifetime. All she has to do is convince her top boss’s granddaughter, Rosemary, to file a paternity suit. Sounds simple enough…until Danice arrives at Rosemary’s home and is pounced on by a handsome stranger.

Private investigator McIntyre Callahan’s was only following his powerful client’s orders: Find Rosemary—at all costs. Instead, he’s found a super-hot lawyer prowling around looking for answers he can’t give. The half-human, half-Fae Mac tries to warn Danice that she’s way in over her head—that Rosemary may roam among The Others, and may have dangerous ties to the Unseelie Court—but she won’t be deterred. Even if that means following Mac to the ends of the earth to find Rosemary…or surrendering to his supernatural powers of temptation…until death do they part.

Hungry For You by Lynsay Sands

As a chef and restauranteur, Alex Willan had enjoyed so much success she allowed herself to be talked into opening a second restaurant. It’s a decision she’s come to regret. Calamity after calamity have slowed the opening and driven her to the edge of bankruptcy. But things go from bad to worse when a competitor lures away the chef at her original restaurant leaving her torn between the choice to keep the original restaurant running, or getting the second restaurant going. With so much happening, Alex simply doesn’t have time for her sister Sam’s attempts at matchmaking, so when Sam calls with yet another man she “just has to meet” Alex tells her that if the man doesn’t cook, don’t even bother. Imagine her surprise when Sam says he’s a chef from Europe. He appears to be the answer to her prayers.

Cale Argeneau was finding himself somewhat world weary and bored so when his Aunt Marguerite suggested a visit to Canada to spend some time with his cousins, he thought “why not?” What he didn’t realize was that the intrepid Marguerite Argeneau thought she might have a match for him. Once he finds out, he’s less than excited. He’s waited centuries for a life mate and finds it hard to believe this Alex woman his Aunt keeps going on about could be the one. It was the shock of his life when he met Alex and found she was indeed a possible life mate. But that wasn’t nearly as shocking as the realization that the only way he was going to get anywhere near the woman was if he claimed to be a world class chef. Cale couldn’t even boil water, but he was about to take a crash course in cooking. He was also going to have to find out who was behind the calamities that were plaguing this new restaurant endeavor before someone got hurt. He’d do that and more to be near the woman who had reawakened his appetites, because it wasn’t just food he now found himself hungry for, but also Alex herself and the life he could have with her.

Merry Christmas, everyone! I'd better get reading!

Clara Hanoux
Hey, I'm an up and coming author in the field of paranormal romance! Check back and I'll be sure to share publication dates, signings, etc.